Since the beginning of the Humanity, the human being has always tried to know his future: indeed the oldest civilizations used to call upon the divinatory arts, whether is was questioning the stars, the numbers or the cards as well. This kind of clairvoyance still exist nowadays, and it is even widely used all around the world.

The divination can help you

Any human being may feel lost at some point or another of his life: indeed many people are always questioning themselves about the meaning of their lives. But they do not manage to find the answers they look for, and sometimes sink into depression in the most serious cases. So what could be better than knowing what the future holds for you to comprehend the life more peacefully? Indeed knowing your future enables you to become the master of your own fate and comprehend the incoming events in a more serene way. So if you want to know your future too, do not hesitate to call upon the tarot card reading.

What does tarology mean exactly?

The tarology consists in reading into the tarot cards, to deduce some predictions about the incoming events and interpret the past events. The most famous and used tarot is the Marseilles tarot, because it is the most simple to read into. Some tarologists also use the Persian tarot, which we can call miss Indira's tarot. Or course there are many other kinds of tarot, but they are so hard to read into that they are often abandoned. The tarot game is divided into two kinds of cards, which are called pictures: the major arcanas represent the important events or a main personnality trait of someone. The minor arcanas represent some less important events which are related to. The draw can be composed of three or five cards, according to the kind of question you want to ask and the answers you want. 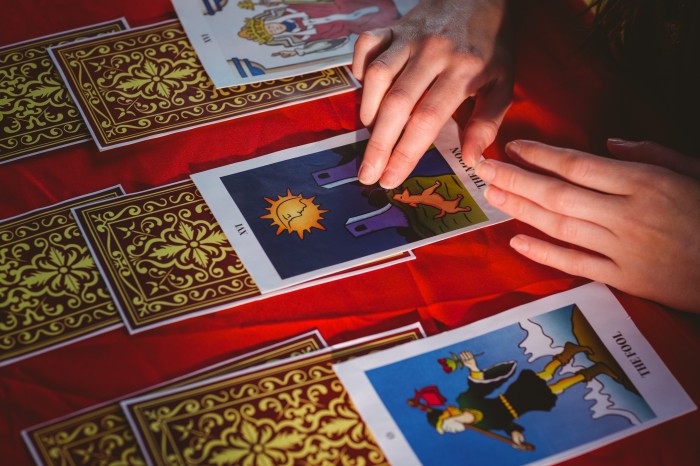 Talk about our posts